The Work of Art in the Age of its Technological Reproducibility 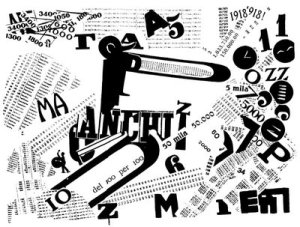 Just finished “The Work of Art in the Age of Its Technological Reproducibility” by Walter Benjamin — One of the most eerily prescient programmatic essays. But anyway, first, this insane quote which Benjamin cites, from the Italian futurist Marinetti’s manifesto for the colonial war in Ethiopia:

After which Benjamin goes on:

“Imperialist war is an uprising on the part of technology, which demands repayment in ‘human material’ for the natural material society has denied it…

“‘Fiat ars — pereat mundus,’ says fascism, expecting from war, as Marinetti admits, the artistic gratification of a sense f perception altered by technology. This is evidently the consummation of l’art pour l’art. Humankind, which once, in Homer, was the object of contemplation for the Olympian gods, has now become one for itself. Its self-alienation has reached the point where it can experience its own annihilation as a supreme aesthetic pleasure.”

from The Work of Art in the Age of its Technical Reproducibility and Other Writings On Media, by Walter Benjamin, ed. Jennings, Doherty, Levin; trans. Jephcott, Livingstone, Eiland; Harvard University Press: 2008.